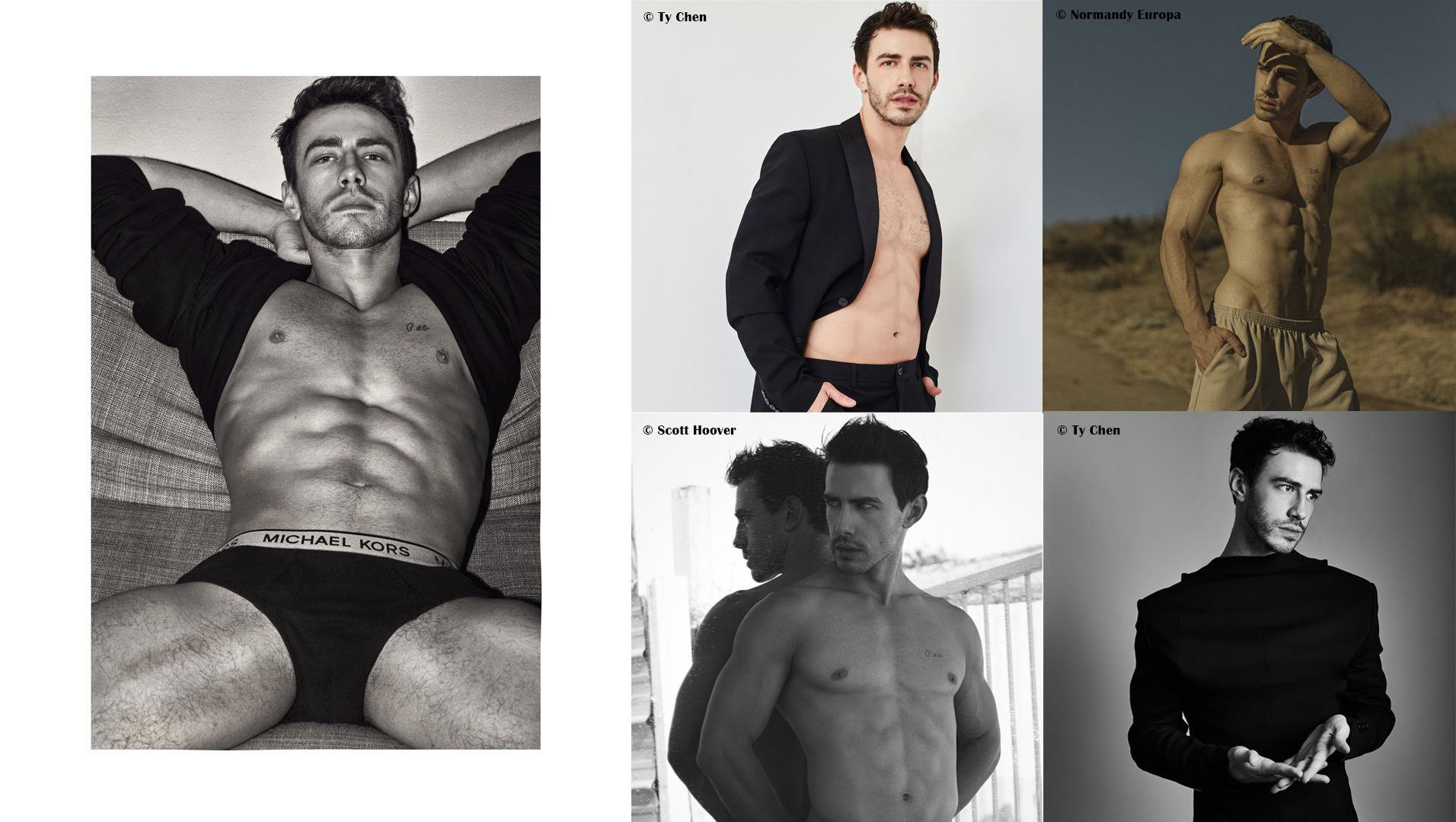 Dominic, a young man with finesse

Dominic is a model and actor in Los Angeles. Naked or well dressed, the young American man reveals what he considers his masculinity. Boy Magazine delivers you his portrait, made of aesthetics and nudity.

A real intimacy! As soon as we are on his Instagram profile, Dominic already displays a colorful character. Sometimes naked, in underwear or well dressed, the young model reveals all the comfort and confidence he has in his beauty and his body. Regardless of that, however, he doesn’t consider himself a subject of desire or even “that naked and sexy guy”. “I am an artist and I love to tell stories [through my photos].”, he clarifies about his posts. “My career [otherwise] wouldn’t have lasted that long, or even got to where I am today.”, he specifies. Rightly, its visibility in general and specialized media gives him perfect artistic credibility.

Living in Los Angeles, Dominic integrates the artistic world he experienced while he was in New York. His rise in the world of fashion and acting brought him step by step to Los Angeles, which allowed him to study theater. From then on, the artist followed up collaborations with photographers whose work he admired: Chris Fucile, Henry Wu, Matt Alves, Kevin McDermott, etc. In the photo, which he loves in black and white, he finds a way to express nostalgia and timelessness. “I [also] like to tell stories and do weird stuff that lets me express myself more, which I can’t do in real life. Plus, I love being able to go to different cities and places to photograph and explore. ”, he confesses.

Whereas his relationship to photography makes him visible, Dominic remains a humble and mysterious person.  He often reacts, answering to compliments from his community on his body. “I used to laugh and say ‘Yeah. Right….’ but I don’t believe them.” “But, there is a part of me that likes to be invisible.”, however, confides the artist, specifying to be an extrovert only during photo shoots. In any case, confidence and ease, the young model has it in equal parts. Rightly, he has many projects for this year 2021, between auditions for independent films and future appearances in online shows. “Fingers crossed.” He tells us, assuredly. We wish him good luck.